Advertised as a cult-classic film truly like no other. David Lynch’s retelling of Frank Herbert’s deep, complex, and stirring work of science fiction was struck down by bad editing and harsh critics. When it appeared in theatres in the nineteen-eighties, it managed to stumble to its knees, rising against the wind of more popular films until it was recognized for what it truly is: an essential addition to the collection of any fan of Science Fiction. 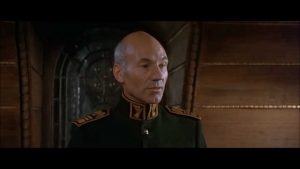 Though it originally suffered horrendous reviews when it debuted in the eighties, (Primarily for it’s choppiness and strange, often confusing vision of a future so distant that it was hard to care) “Dune” has since accumulated a wide fan base, becoming a cult hit in a manner reminiscent of “Dawn of the Dead” or “Tron,” and that fandom is still running strong these days, long after the death of Frank Herbert, even in modern literature and film. 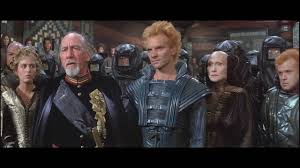 A classic example of Dune’s impact on emerging masters of art can be seen in the appearance of the Harkonnen Cannon (and later the Harkonnen II) in Kohta Hirano’s endlessly popular vampire epic “Hellsing,” or even in the massively acclaimed Star Wars series, a fact which George Lucas is not afraid to admit; (the references are everywhere; from “spice” to Princess Leia/Alia). 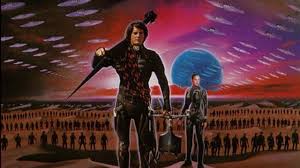 Dune is also, unfortunately, a classic example of a film slaughtered and trimmed of far more footage than it probably should have been; originally weighing in at well over three hours, Dune’s executive producer demanded it be cut down to a more acceptable running time of two hours and seventeen minutes; this “lost hour” is stunning, when reintroduced back into the film in the extended version (which airs about once or twice per year on the Sci-Fi Channel, if you’re lucky enough to catch it!) in a way that is reminiscent of James Cameron’s “Aliens” or it’s far worse slaughtered sequel, David Fincher’s Alien 3.

Starring rock legend Sting as the violent and insane Harkonnen prodigy Feyd Rautha and Patrick Stewart as the tough and formidable Gurney Halleck, the original version of Dune (not the remake in 2000, though it’s still highly recommended!) And especially the uncut version, is an amazing work not to be missed.

Though its departures from Frank Herbert’s original vision of Paul Atreides’ messianic struggle on the desert wasteland of Arrakis are many and large in size, David Lynch’s “Dune” still manages to capture the same feeling, that same deep and mindblowing spark that made Frank Herbert’s masterwork the long-standing pillar of Science Fiction it is today. The cast is impressive;  Patrick Stewart, Dean Stockwell, Max von Sydow & Sean Young to name but a few. Not a tv favourite, but it’s still available on DVD or BluRay.